How To Preserve Lime Juice: The Easiest Way! 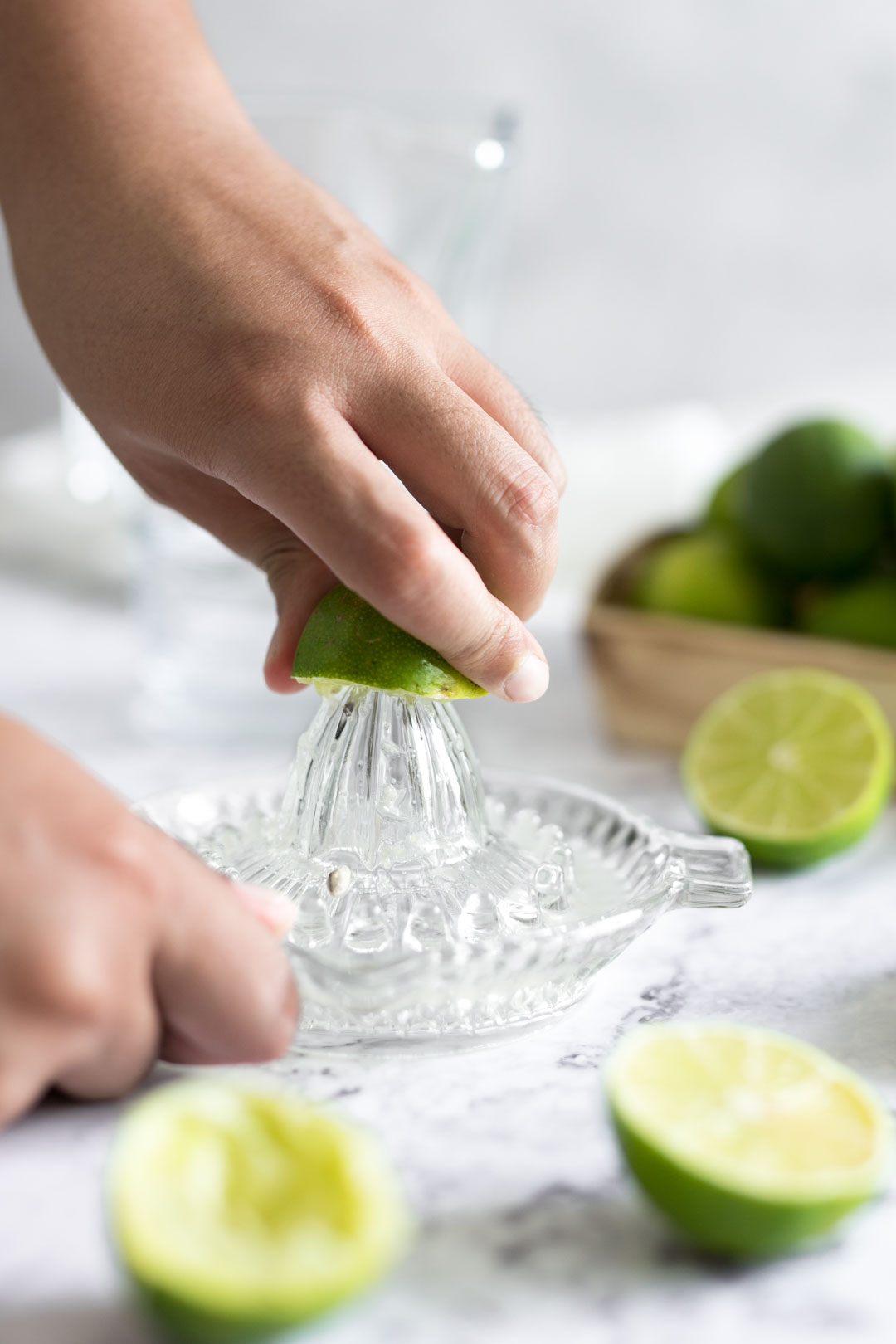 If you’re familiar with Thai cuisine, you’ll know that we use lime juice in a lot of things, ranging from soups to salads and drinks. We love its fragrance so much that some of us will go as far as saying you shouldn’t replace it with anything else when cooking Thai food.

Take my mother for example — she will never use lemon juice in her tom yum soup. I personally wouldn’t either if I didn’t have to, but hey, I totally get that it’s easier to find lemons than limes in some places. 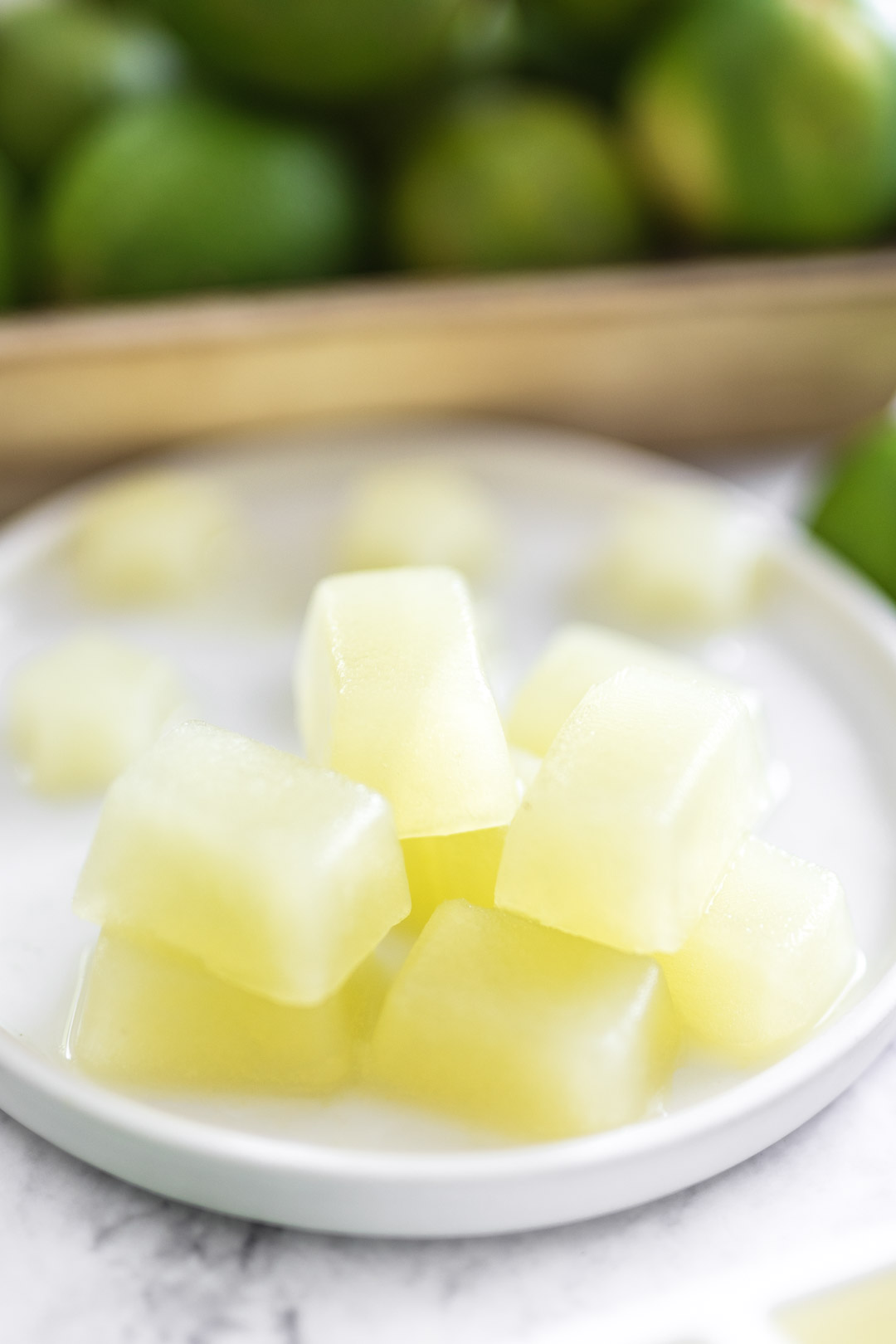 But believe it or not, as much as we love lime juice in Thailand, every year there comes a time when limes are scarce and expensive and people complain as though we were in a national emergency. Yet most just pay the more expensive price or resort to the fake, cheaper alternative. All this when there’s actually a really easy way to preserve lime juice and enjoy it all year round. If you’re not convinced, read on! 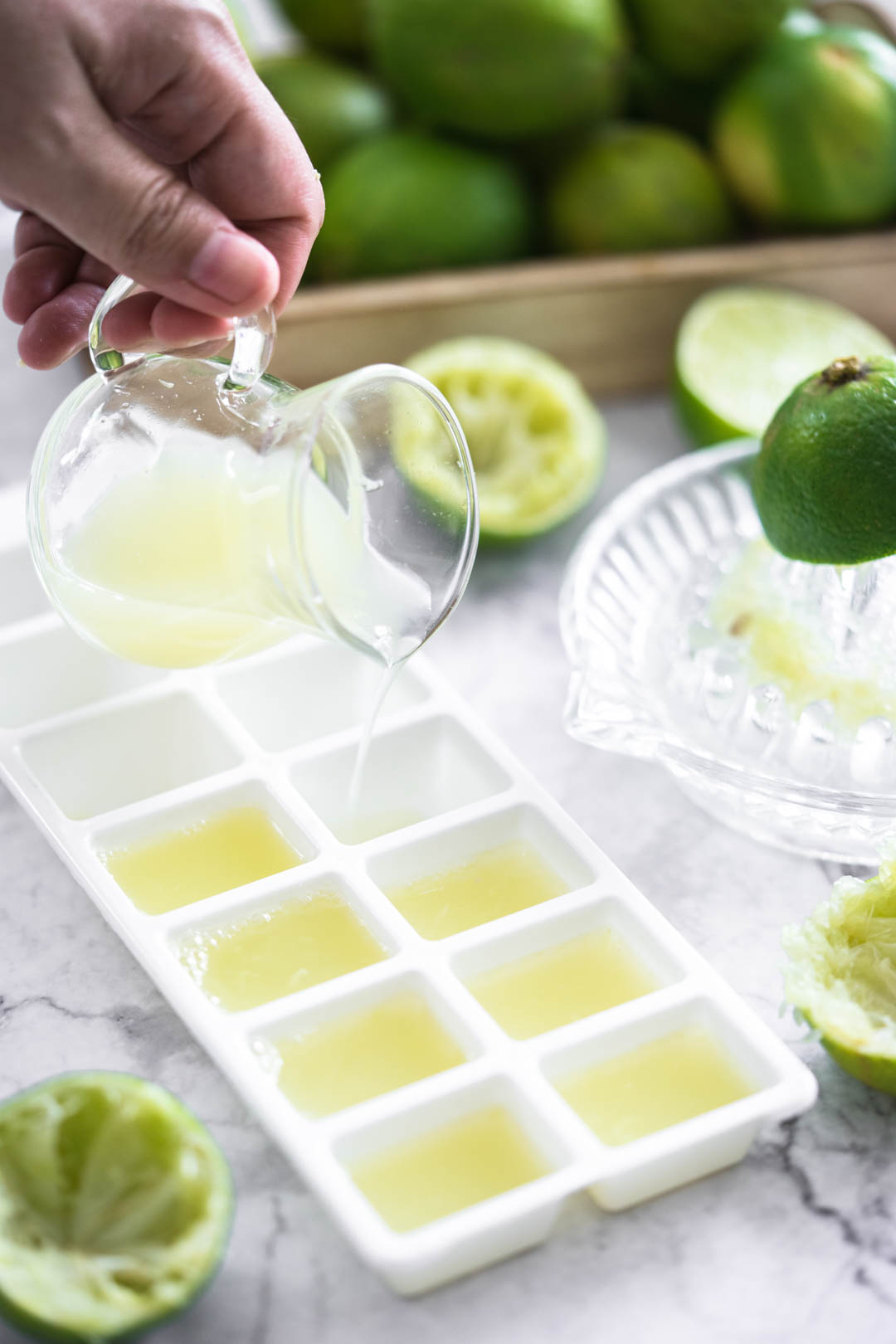 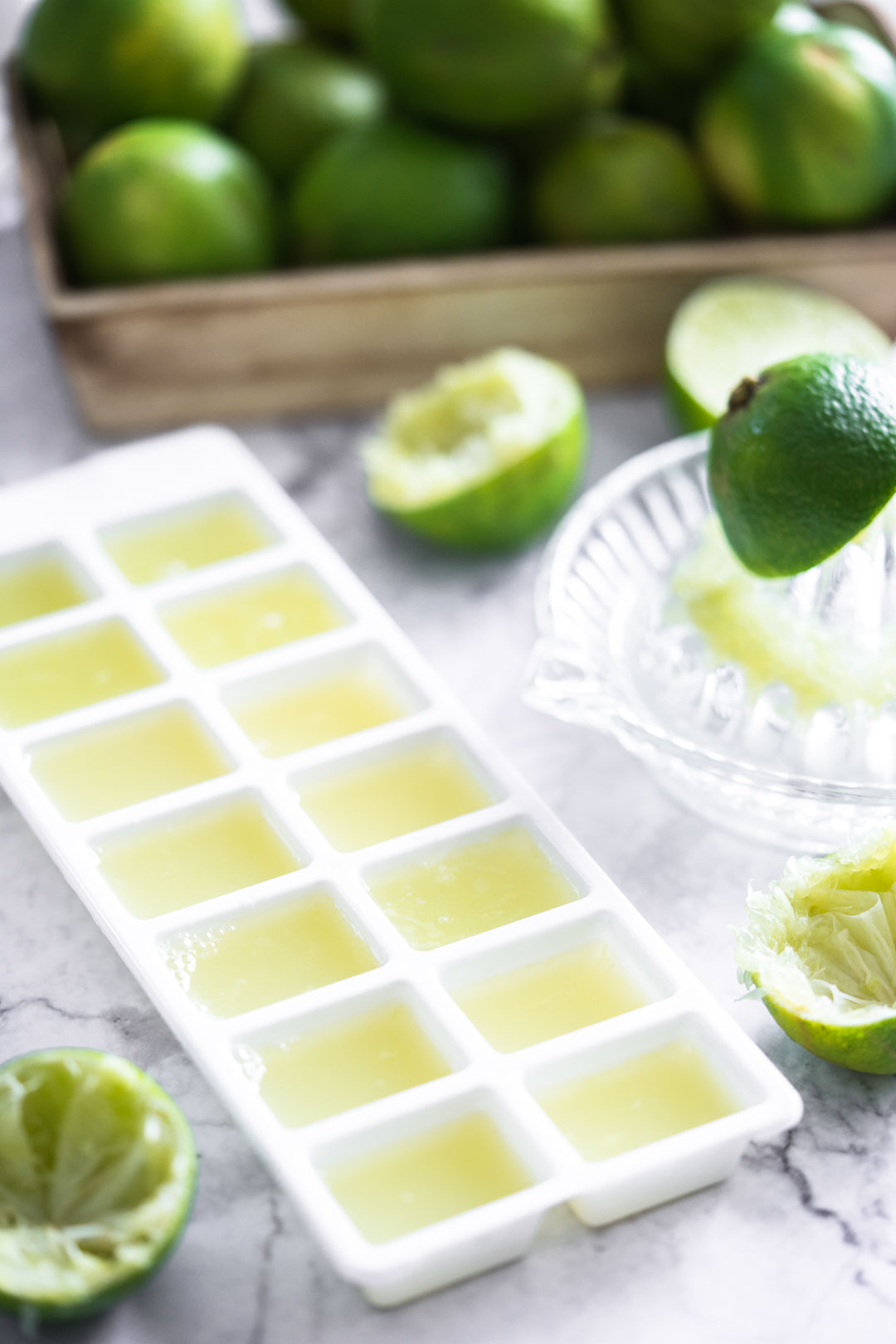 HOW TO PRESERVE LIME JUICE

There are a few ways you can preserve fresh lime juice but I recommend this quick and easy one, which is to freeze it. In order to prevent your lime juice from spoiling, here’s what you want to do. 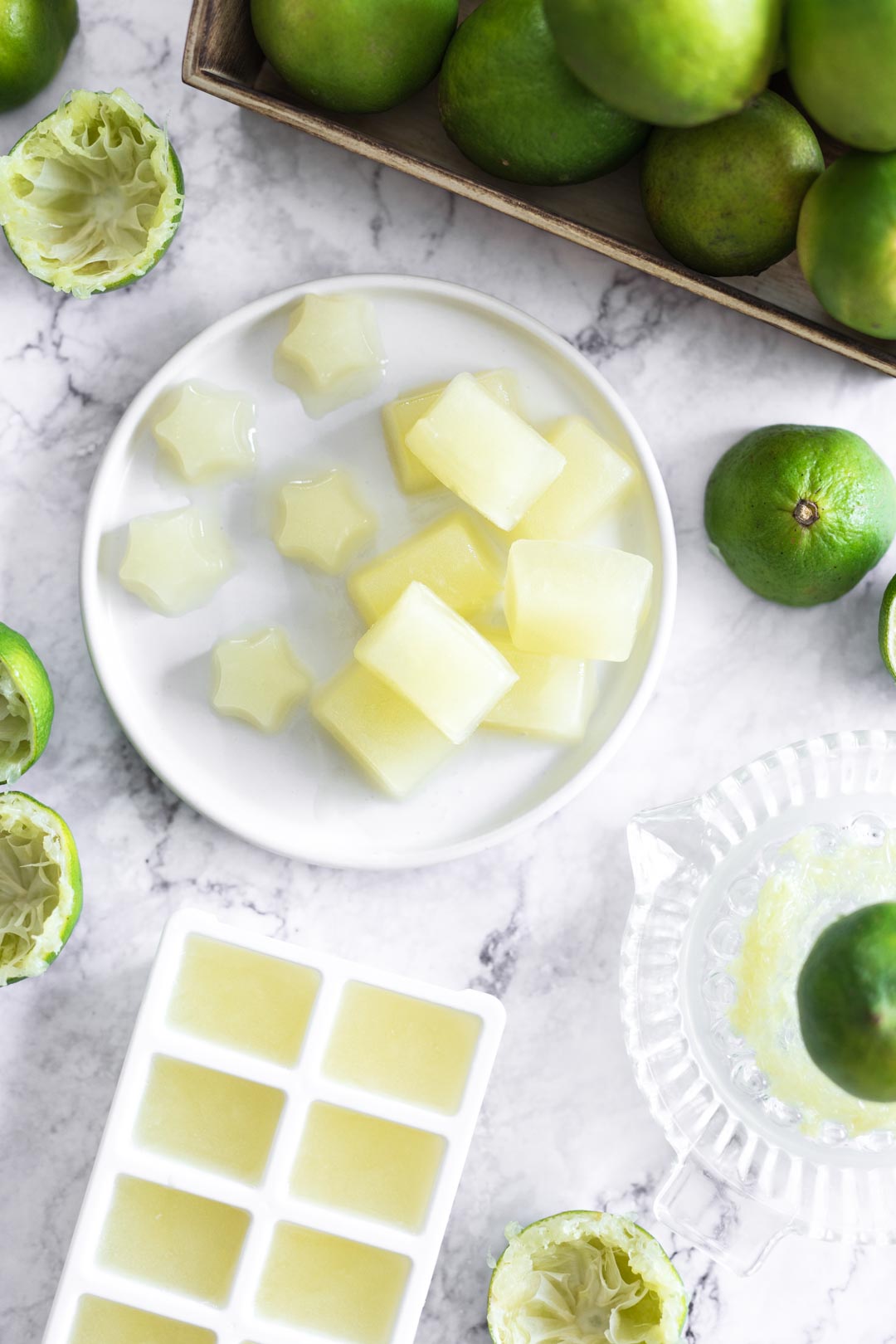 I use my lime juice ice cubes in my cooking, just as I normally do my freshly squeezed lime juice. Though, I especially love them in my drinks. They make that morning cup of ginger lemon tea SUPER easy. Sometimes I just add a cube to a cup of warm water and I’m all set. Also, they’re a dream when I want to whip up a simple salad dressing on a busy day.

Here’s a few of my recipes you can use lime juice ice cubes in:

I hope you find this post useful! If you know of other easy ways to preserve lime juice, please share them in the comments section below!