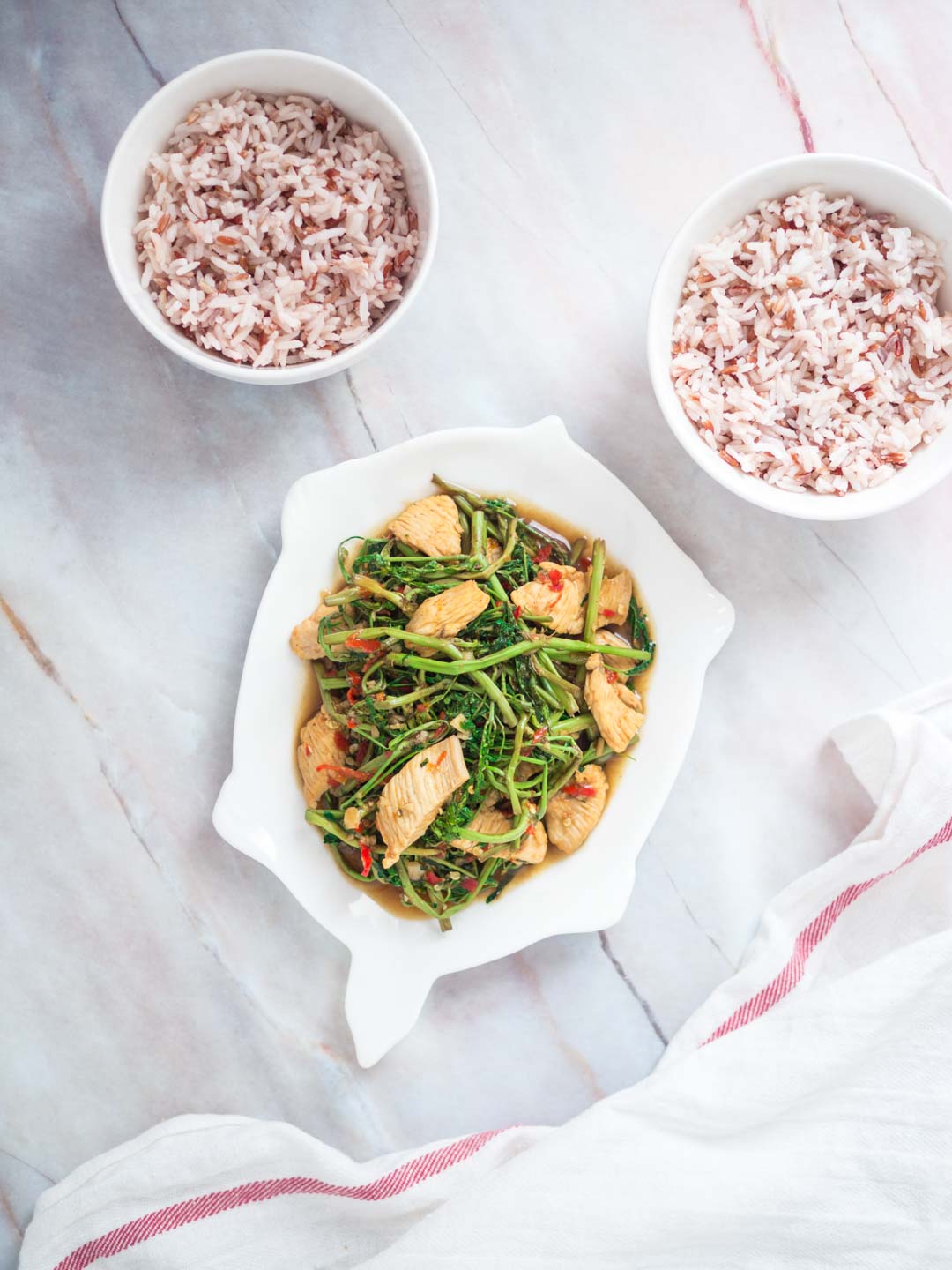 In case you’re not familiar with water mimosa, it’s a crisp green vegetable, or weed, depending on how you look at it, grown in water. If you visit a Thai market, you’ll find that the thing comes in a massive bunch. Also, you’ll notice some white sponge on the stalks. Well, I say sponge, but it’s definitely not sponge. That’s just what it looks and feels like. Anyway, that part is not edible and needs to be removed before you cook water mimosa. Typically, you’ll want to eat the stalks because they’re nice and crisp. The branches and leaves are edible too but they tend to be a little chewy – nothing drastic, though. 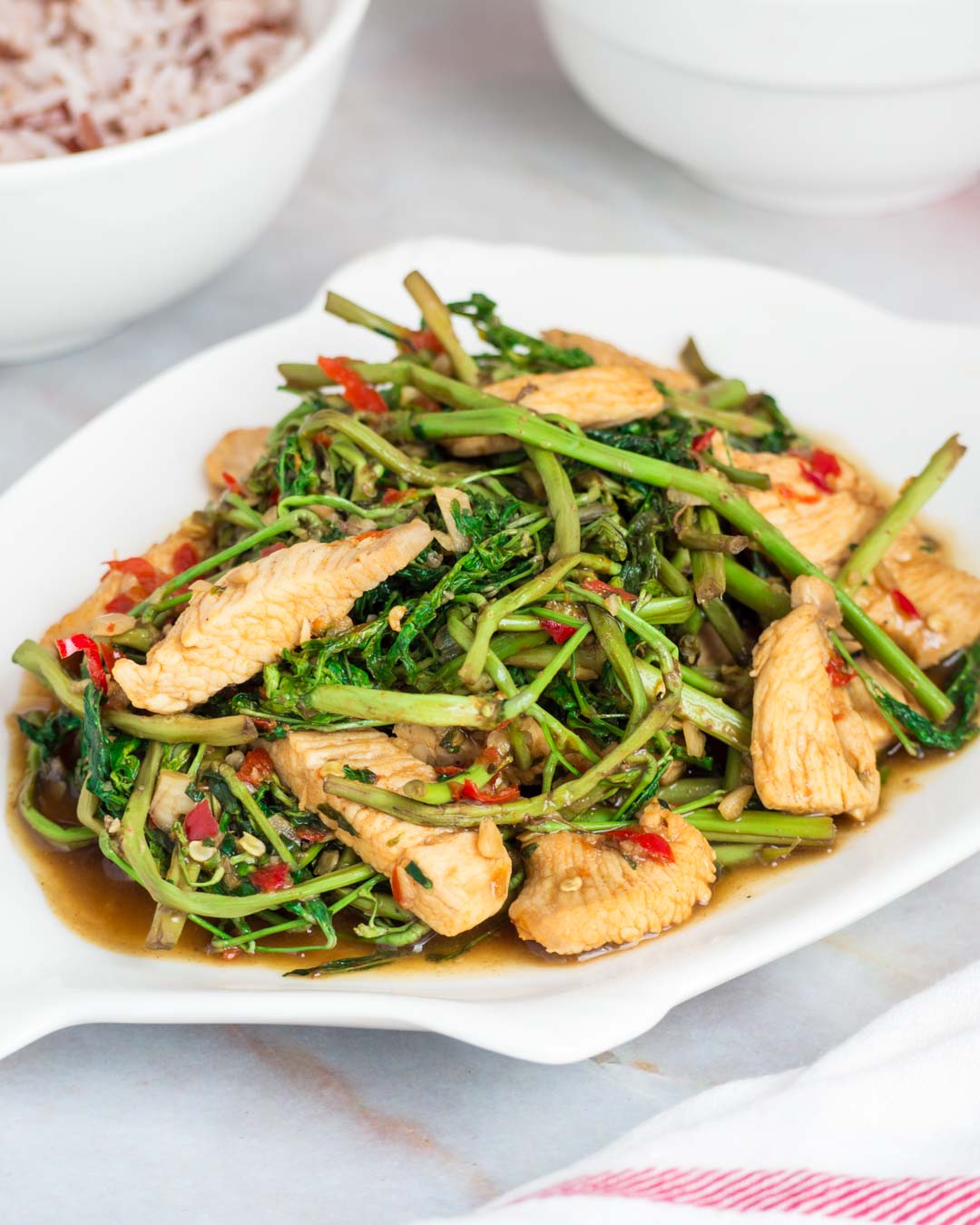 To prepare water mimosa for the Thai style stir fried water mimosa, after removing the white sponge, wash the stalks vigorously. Once you’re done washing, break the stalks into bite-size pieces by hand. Now, this is where it gets interesting. I’ve had friends asking me why we break water mimosa into pieces by hand and don’t cut it with a knife. The reason is oftentimes the lower (older) part of the stalk is too tough, and you don’t want that in whatever dish you’re cooking. As you break each stalk with your hand, you can tell when you get to the point where the water mimosa won’t break anymore. And that’s when you stop. You throw the rest of that stalk away and move on to another. Pretty cool, right? 🙂

Now, I’m making this water mimosa stir fry with chicken here but there are other variations. If you go to a dtam sang (made to order) place, you’ll see people order this stir fry with crispy pork belly, squid, or shrimp. These variations are all very good, especially the one with crispy pork belly. But do feel free to use whatever kind of meat in it. If you’re not a fan of meat, I have some great news. We do eat stir fried water mimosa without meat too and it’s just as delicious.

Last but not least, water mimosa cooks pretty quickly. If you cook it too long, it’ll end up very chewy. So for this dish you just really want to give it a few quick stirs and remove it from heat when it’s still bright green and not too wilted. More importantly, don’t forget to serve this dish with steamed rice! 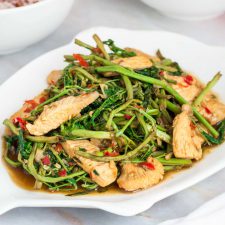